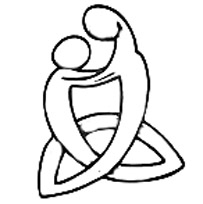 Last week I introduced a new project I’m working on, and shared a small excerpt. Today I have a question. I’ve been thinking about this question a lot as I think about my relationship with my mother, and as I think about how our relationship affected the way she explored her sexuality. What I’m wondering is this: How do others navigate the boundaries of sexuality when relating to their parents, especially when the sexuality in question is the parents’ sexuality.

My mother and I had what I imagine to be pretty unusual parent-child boundaries, which is to say, nearly no parent-child boundaries, starting in my early childhood, and continuing until her death. When it came to my own sexual coming of age, this more friend-like relationship was incredibly helpful. I remember being not at all afraid to tell her that I wanted to have sex with my boyfriend. I was 17, and she told me she thought I was too young, but that if I was going to do this, then she wanted to take me to Planned Parenthood and help me get an exam and contraception. I don’t recall that we talked much about my having sex after that, and I don’t recall feeling a need to do so, but I do recall that one day when my boyfriend came to pick me up for a date she got a wicked smile on her face and met him at the door with a motel receipt that must have slipped out of his pocket the last time he dropped me off. It was for the George Washington Motor Lodge, off the highway, and she told him “The next time you take my daughter to a motel, you’d better take her to a nicer place.” She said it with a sharp-edged smile that clearly conveyed “You have my permission,” but also “You’d better treat her well.” I understood then what a privilege it was to be able to be free in my sexual exploration as a teenager. Looking back, and with a deep understanding of how secretive many young people need to be, I understand even more clearly what a gift she gave me.

So it was important to me that I could help my mom navigate some of the sexual exploration she was taking in the years before her death. There were times when I felt very much like I imagine parents of teenagers often feel. When she first told me she was going to start meeting people in person that she met on Alt.com, I had the “safety talk” with her: Meet him in a public place. Make sure someone knows where you are. Set a time to check in. All the standard stuff. What did she do? She had him come to her apartment where they talked for a while in the dining room before deciding whether or not they were going to proceed. They decided they would proceed. He left several hours later. When she told me about this the next day, I think I was probably pretty exasperated: “How could you do that! Don’t you know how dangerous that could have been? What were you thinking?!?”. I probably sounded like an parent trying to disguise anxiety with anger. And her response was as glib as that of a teenager: “If he was a serial killer he’d have been charming in public anyway, and then chopped me up only after he’d gained my trust.”

Managing my emotional responses was obviously an issue. Another issue was my uncertainty about where to draw the line? There were things I didn’t want to know about, and things I wanted to be able to help her with. I wanted her to be able to be open with me. I was not judgmental about the direction her sexual explorations were taking, and I wanted to help her find welcoming communities and good information resources if she needed them, yet I didn’t really want to know exactly what she was doing in her scenes, or what her actual interactions with her lovers contained. How to keep things suitably abstract while being concrete enough to be useful? We muddled through, though, negotiating the info boundary as we went.

It got even harder when she got sick. One day, a couple of months, before she died when her lover asked could I, maybe, read some of his assignments to her and then let her dictate her responses to me so I could email them back to him. These assignments were from a mistress/boy web site that they had both joined. He believed it might help her outlook, which was pretty bleak at the time, and distract her from some of the pain she was feeling, if she could focus her mind on something erotic, something where she had power.

I could absolutely see the wisdom in this proposal. She was was stuck in a hospital bed, not easily able to read her email, and thus increasingly disconnected from her online world. But, despite my knowing a great deal about their relationship, I did not want to be a participant, a conduit, for what passed between them.

I’m curious, readers: Have you ever been in a situation where you might have helped parent with something related to sex? Were you able to do it? How did you feel about it?

To view the other posts in this series, click here: http://www.woodhullalliance.org/tag/my-mothers-cross/